The Ridler Award started out in 1964 at the Detroit Autorama and has grown to be one of America's most highly coveted awards regarding custom classic car builder.

This annual award is given to a truly unique world-class vehicle. In fact, this award has a very strict “never shown before” guideline. The builders who win this award

Since its debut at the 1964 Detroit Autorama, the Ridler Award is one of the country’s most prestigious automotive awards that concerns custom classic car owners and builders. The Ridler award is given annually to an exceptional vehicle that falls under strict “never been shown before” guidelines. As a result, the folks who win this prize become members of a very elite group. 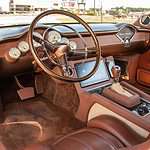 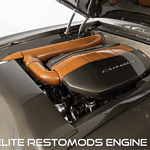 November 1, 2022
What Are the Top Engine Bay Modifications? 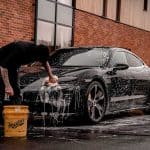 The second performance was moved to the Colosseum at the Michigan State Fairgrounds, where it ran from 1954 through 1960. The Michigan Hot Rod Association (MHRA) enlisted Don Ridler for the fourth event in 1956 to promote the show. Furthermore, Don Ridler promoted the show until 1 963. The Michigan Hot Rod Association (MHRA) created the Ridler Award the following year. The Ridler award commemorated Autorama’s first eleven years’ most influential person.

When the Don Ridler Memorial Award was first presented as the competition’s top honor, the program was already in its twelfth year. Al Bergler of Macomb won the first Don Ridler Award in a competition slingshot dragster. (Bergler later rose to prominence in the NHRA as the Motown Shaker Top Fuel Funny Car’s driver.)

Following Bergler’s victory in 1964, the number of exhibitors and professional custom car builders vying for the show’s new top prize both increased during the following ten years. From 1965 to 1973, Larry and Mike Alexander, Jerry Pennington, or George Busti—all skilled builders—were either the owners or builders of all nine Ridler-winning entries.

The Ridler is a World-Class Event

In the 1980s and 1990s, the Autorama became a national car show. The next generation of famous car owners and builders traveled to Cobo every winter to win the Ridler Award to promote their progress. They included Bobby Alloway and Boyd Coddington from California, George Poteet from Memphis, and others.

The departure of Michigan only hampered this burgeoning national focus. As cars from throughout the nation battled for the show’s top accolade, several Detroit and Michigan competitors lost pace. However, the majority of the cars were produced on much larger budgets. The Alexander Brothers produced regional cars for competition (including a Great-8 opponent in 2012) till this point. The final Michigan entry, Dave Emery’s ’32 Ford Roadster (Revolver) from Rochester Hills, earned the Ridler Award in 1997.

With the Millenium, Ridler and Great 8 cars got a fresh look. It introduced a new generation of competent automakers. Chip Foose’s first winner was Wes Rydell’s ’35 Chevy Grand Master in 2002. Foose won the following year with a 1934 Ford Stallion, becoming the third builder and first since Jerry Pennington. Foose’s 1936 Ford (Impression) for Littleton, Colorado’s Ken Reister returned in 2005. The impression made Foose the first builder to win three Ridler Awards in four years. In 2015, Foose’s 1965 Chevrolet Impala (Imposter) won his fourth Ridler.

Ridler cars switched from individual to collective construction starting in 2007.